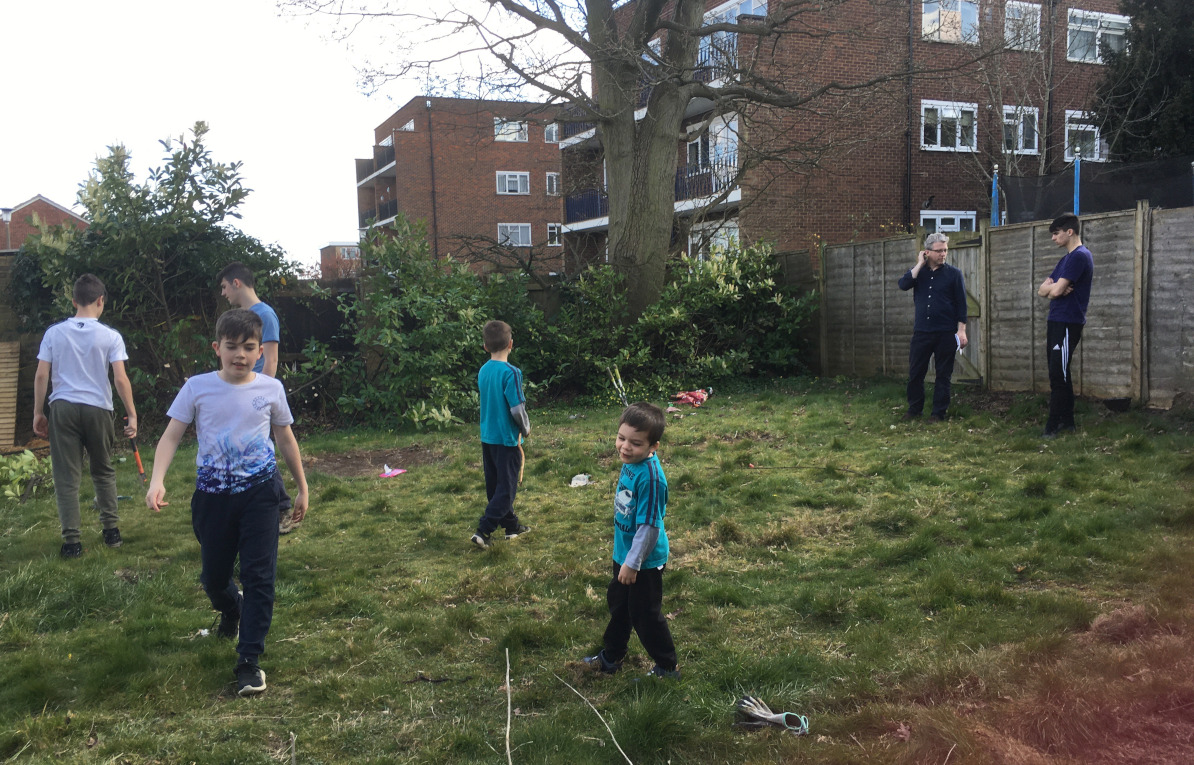 A quick recap:
The church had made us 2 offers: a chance to buy the combined site in an off-market sale on Charity Commission rules and an offer to explore the community idea on another church site. (Blog 10).

A month after our meeting with the council, they came back to say that the council site had fallen out of the picture. Enfield was simply not in a position to sell their land quickly. Their Disposals Manager had lost his assistant and was busy with larger projects.

So the Diocese’s plan was to put their site into auction in the Autumn, but they would allow a small window of opportunity for an off-market sale at 10% above the Savill’s valuation. However at this point there were still uncertainties including interest from a housing association and we would have to wait the outcome.

It was a low point for us. The family we had partnered with (see blog 6) were still interested in building with us but the uncertainties made them nervous. It was difficult to keep them encouraged whilst we ourselves felt unsure. But we kept up communications and after a couple of months I received a call, and the Diocese were offering us the chance to buy their plot ‘unconditionally’.

It is common to enter an agreement to purchase land ‘subject to planning’. A timeframe would be agreed as part of the agreement where the buyer/developer makes an off-market offer to buy the site, funds the professional fees at their risk and puts in for planning permission but does not have to raise the finance for the purchase at a time when it is not clear what the development will be.

‘Unconditionality’ was a major problem for us. We had hoped to agree a purchase subject to our getting planning permission for two houses. Without planning permission neither we nor our partner family could get a mortgage and without funds we could not buy the plot. We had meetings with the Diocese Development Manager but they now wanted a quick sale and were not prepared to wait.

I tried various self-build mortgage providers but their answers were all the same. No one would provide funds to purchase the land without planning permission.

One solution came at the Autumn Homebuilding & Renovating show. An exhibitor Nick at ‘Marlborough House Finance’ gave some encouragement. He said: “There is always a way.”

This turned out be ‘bridging finance’, which might tide us over until we could get planning permission. Nick advised us to assume that this would probably be for a period of six months, which would give us a window of opportunity.

Theoretically, planning decisions are supposed to take eight weeks but there are usually delays and then some time was needed to raise the main line funding. It was an option and it seemed our only option but it was not an attractive one.

Bridging is risky and expensive. With a retained interest (where interest charges for the full term of the loan is deducted from the loan facility) of 0.95% per month, 2% completion fee, 1% exit fee, legal fees and a modest fee for the broker – we were looking at finance costs of about £38k for a period of 6 months to cover the cost of the land purchase (over above such deposit/capital from us and our partner family).

Between us we had 10% in hand which is a minimum. Even bridge funders want some headroom between what they are lending and what the land is worth in the event that the plan fell through, and a sale had to be made to pay them back. And as with all borrowing the rates become more expensive the more you need it (ie. the higher the ‘loan to value’).

To apply for planning, or not?

Our other dilemma was should we go ahead and put in for a planning permission? Peter had produced some designs to establish what might be possible.

Given the funding situation there was no guarantee that we would get the land and the fee for a planning application for two houses was £1k. £1k seems very little with hindsight, when you are paying for building materials costing £1,000s, but when it is coming out of the monthly groceries budget with no guarantee of success or return it seemed such a big dilemma.

The site was to go to auction in November, less than two months away. We had friends in property development who warned that submitting a planning permission was a waste of money. It was work, effort and cost on our part but would add value to the land which someone else might buy and gain the benefit of.

So it was a gamble. Peter was also concerned that if we got consent before the purchase date then the ‘market valuation’ would go up and we would have to pay more. On the other hand without it we would not be able to get a self-build mortgage and we needed to do this as quickly as possible to release ourselves from an expensive bridging loan.

It was easy for professional advisers to talk airily of ‘take it or leave it’ but we were heavily invested – we knew it could take another year or two to find and start over with another site and it was an opportunity to have a home.

We didn’t want to see the opportunity pass by without doing everything we could. Our partners were not interested in taking this risk so we would have to apply and pay for planning alone.

Events now moved quickly. On 26th October the plot was put on the auction catalogue. The same day we submitted our planning application. The date of auction was to be 26th November by which time we had to pay 10% and the balance by Christmas.

If our planning application was successful within the 8 weeks (supposed statutory time to decide applications) we could hope to get a self-build mortgage set up early in the New Year.

Most people regarded this as improbable, particularly with Enfield planning department’s reputation! How long would we have to rely on bridge funding? Were our partner family still with us? A successful outcome at this stage looked unlikely!