A quick recap:
Edged out by a new discourse between church and state, we tried to counter the market intentions of the Church’s property dept with community ideas, which secured an appointment to make a pitch to the Bishop of Edmonton. Meanwhile, we tried to reach someone in the council who might share a similar vision for Community Housing.

Having secured a meeting with the Bishop it seemed pragmatic to try and get support from Enfield Council so that any proposal using the combined church and council land would carry more weight.

While looking for supportive policy we stumbled across a document “Custom & Self Build in Enfield” (now removed, but see this meeting), which put forward a strategy for delivering custom and self build homes on small-scale council-owned sites. Based on a leasehold model, it reduced upfront costs for purchasers in return for long- term ground rental income for the council.

It seemed perfect – the ideas were very much in tune with parts of what we had been proposing (See Part Three: The Land Value Idea) but much more developed in terms of implementation. The report hoped its pioneering lead might encourage other public landowners to follow.

The report was by the Regeneration department at Enfield Council and its leader was Peter George, who in the words of ‘Naked House’ (Blog 7) was a forward thinking man, looking at innovative ways to solve the housing crisis. The Naked House idea put forward a plan as an alternative custom building service provider trying genuinely to provide affordable homes on a not-for-profit basis.

We thought we could position ourselves as the ‘self build’ service provider with a similar offering. Unfortunately getting to meet or even speak to Mr George was a challenge that even my persistent efforts failed to achieve. I was passed from one department to another until I ended up back to square one at the door of the property disposals manager! 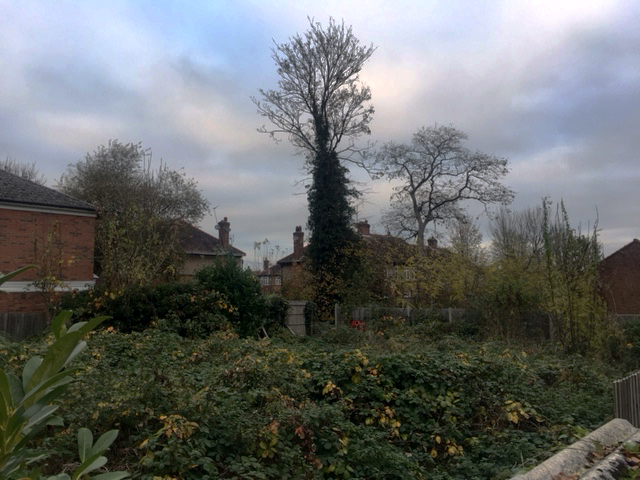 We reconnected with Naked House and found we both had two major challenges:

Creating our prospectus for affordability 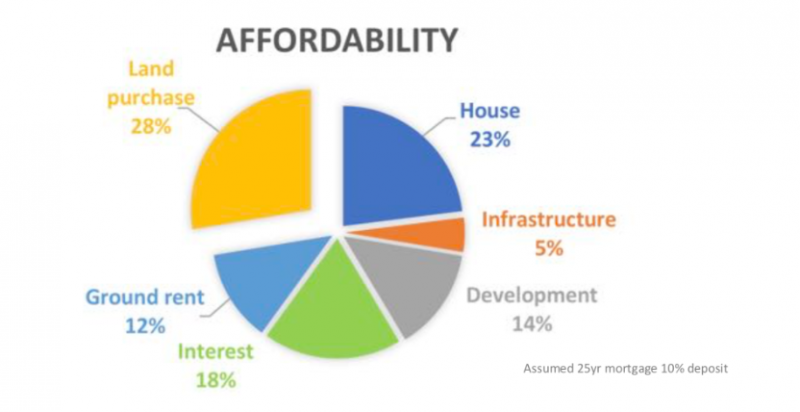 We based our workings on the following:

Worked out in this way, the land proposition would be a good deal for the local Treasury, as it promised to recover the sale value of the land in a roughly 20 year period, and then would continue to deliver non-tax revenue to the local authority for the long term.

There is a similar scheme in Canberra, Australia, which was founded on Garden City principles. There the government land rent scheme was 4% with a discounted rate of 2% for families on low to middle incomes. The Government land rent is calculated on the unimproved value of land and lessees are required to construct a house on the land within two years of the lease being granted. So 2% is probably the level that Naked House would need and they subsequently were looking at that sort of level in the interest of affordability.

This would be achieved in three ways:

Our prospectus was coming together! We were ready to offer the church a ‘fresh revolution in housing’, just as the Archbishop of Canterbury had called for, one that was values led and offered a vision of better affordability.