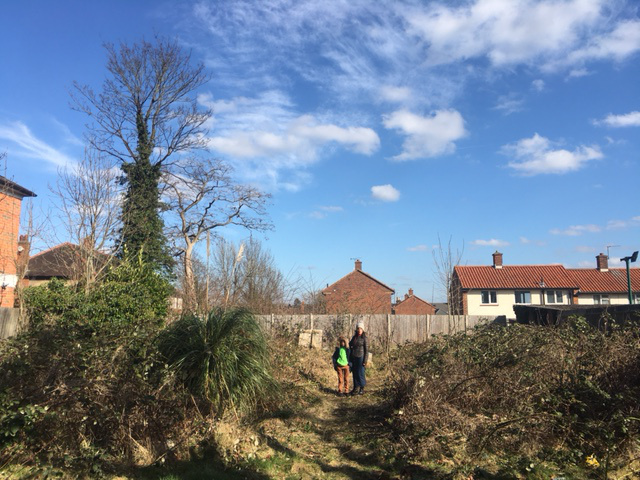 Part 10: The thorny business of government

A quick recap:
We had secured a meeting with the Bishop to pitch the idea of a community housing scheme on the combined council and church site and developed a prospectus with an idea about what affordability might look like (blog 9).

The long awaited meeting seemed to hold in balance the future of the site. It turned out the Bishop of Edmonton was also a trustee of the church’s Housing Justice group.

The gathering also included the Archdeacon of Hampstead (Archdeacons tend to be the person on the clerical side who make decisions about property matters), our vicar Father Edd and also the property Development Manager, who I’d not met face to face before.

Peter presented our pitch, which had at its core the idea of the church not selling the land (see Blog 8 & Blog 9). This naturally led to a debate about needs and priorities, as helping middle income families is a harder ‘sell’ than helping the homeless.

We argued that quite a lot of support from both state and charity sectors are targeted at those in more obvious need. But beyond this there are many ordinary families who fall outside the remit of state support and who are priced out of their own local communities by the housing market.

During the chat there was an acknowledgement of this need and the loss of local families, but the point was stressed that the Church does have programmes to help the most obviously needy.

This led Father Edd to mention Almshouses, something we knew little about but they do make an interesting example. Since Medieval times, certain philanthropic individuals who had made good in the city would endow a few cottages for ‘poore widowes’ of their parish.

Here in Barnet there are several examples, such as Ravenscroft and Wilbraham, and in 1931 Sir Thomas Lipton, the tea magnate, left his 60 acre estate as a hostel for retired nurses.

Originally all hospitals were almshouses, so the unification of health and social care is not a new idea! They were also a branch of the church and some had chapels to pray for the soul of the benefactor, and so got hoovered up by Henry VIII under the dissolution of the monasteries.

But many are still going strong, and there are now 2,600 almshouse charities housing 36,000 people in need. A maintenance contribution is charged well below market rent – often less than 50% – and ‘poor’ is now translated as ‘eligible for housing benefit’. Therefore, two thirds of the residents have the rent fully- or part- funded by the state.

The case for our community

To return to our case, we argued that the challenge was to build sustainable mixed communities where families would not be driven away from their local roots by inflated house prices.

This could include professions such as teachers, nurses or artists, who may not be otherwise ‘needy’ but, conversely, may have a lot to give to the local community and parish.

This was a question of economic justice that the Archbishop recognised in his campaign ‘Reimagining Britain’ [Blog 8].

Our proposed affordability model was explored seriously. Concerns were raised over the nature of long term land leases, particularly in light of the government’s intention to ban them.

This had been rumbling since 2017 and the Leasehold Reform (Ground Rent) Bill 2021-22 is at report stage now (Jan 24th 2022), which restricts ground rents to a peppercorn for newly created long lease houses and flats. However, Community Land Trusts (CLTs) are exempt.

There were other concerns. The development manager expressed caution for the scale of the task of trying to build a new legal prototype alongside a small developmental project.

The questions kept on coming: Who would manage such a project – would we take this on? (Yes) Who would live there? What would be the governance model? What happens when tenants want to move – how can they pass on the house? Does it delay them getting ‘a foot on the ladder’?

This led to the issue of whether it would be more of a headache for the church than just the simple transaction of selling off the land now and using the money for mission purposes, fixing church roofs, insulating old vicarages, etc.

This was the current Diocesan policy to maximise income from property to fund mission and could be as simple as paying clergy’s stipends in deprived areas.

This was a bit of a lightbulb moment. Any piece of land or territory – from a nation down to a single dwelling – must be governed, and difficult decisions made about who gets to live there. Government and land go together and maybe land reformers overlook how thorny this can be.

Even Almshouses have that challenge. Often those in housing need have additional needs requiring specialist help. So finding eligible ‘poor’ may not be easy so there is the risk it descends to those who are not as poor as intended or friends of the warden. Another example is that Almshouses allowing younger people – that are typically meant to be for shorter term help – can find difficulties moving them on once they are settled.

These charities need help to ‘navigate all the legislation’ according to the Almshouse Association another charity set up for that purpose and itself supported by AgeUK and the Elderly Accommodation Council – more charities.

For the same sorts of reasons 50 acres of Lipton’s estate were sold to fund modifications to the house to suit it for the nurses in 1935 and the remaining house and estate sold in 2015 by its trustee Friends of the Elderly. It is now a luxury private development by Yogo Group.

The discussion was sincere, intelligent and lengthy. We had not quite got our pitch ‘over the line’ but it was positive. There was an acknowledgement of a need to shift Diocesan policy and understand housing as primary mission material in and of itself.

In terms of the practical application for this piece of land the time was not right. There were too many unanswered questions and the land in question had already been allocated to be sold to fund mission.

The conclusion was that we were offered two possibilities:

We left the meeting a little crestfallen. We had failed to persuade the church to look at an idea of affordable housing on the site and how could we finance the purchase?

However, a new dawn shed a new perspective on the offers. There was potential in both the offers and, although challenging, maybe we could rise to meet them.

We would have to speak with investors if we were to develop both sites and, although they may be more profit-motivated which might erode our affordability and community-building aims, there might be a way to preserve them in some form.