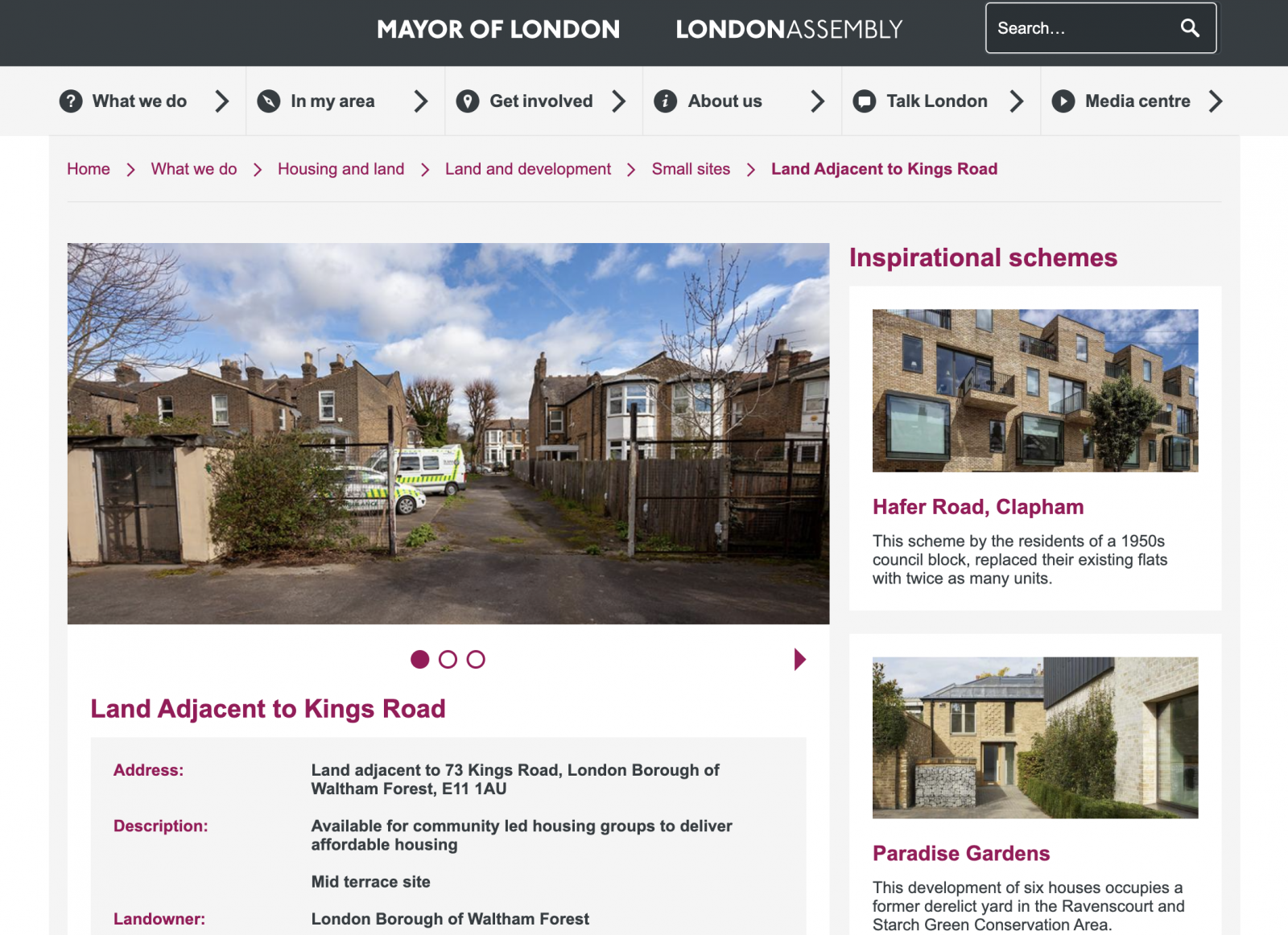 Anyone considering a community led homes project will be interested to know that the clock is ticking for proposals to be submitted for a 0.10acre site in Waltham Forest, London, with submissions due 11.1.21.

The land is available to deliver affordable housing in the London Borough of Waltham Forest, and the council is keen to hear from community led housing groups in the area who are looking for a site.

The land in question is a former garage site in a residential area of terraced housing, which is currently partly being used for parking. There is a range of site investigations already undertaken, that bidders will want to see.

Find out more and download the lease, details and site particulars on the Greater London Authority site.

You can also contact the council’s community led housing team.

Mayor of London Sadiq Khan has created a new website for selling  small publicly-owned sites as a pilot for providing plots for the capital’s small- and medium-enterprise builders.

For small developers and groups, the Greater London Authority hosts a Small Sites webpage, with links to small, publicly-owned parcels of land that are suitable for delivering housing. The sites are available for developers, housing associations and communities.

An initiative of Mayor Sadiq Khan, the site was originally piloted in 2018 to market 10 small sites for London’s small- and medium-enterprise (SME) house builders. Since then, the site has grown offering SMEs and groups a route to publicly-owned land, making it a valuable resource.

There are currently 40 sites available through the Small Sites, Small Builders programme, details of which are available on the website or via the newsletter. Sites to look out for are Tower Hamlets which is release a series of small sites to self builders as part of its Affordable Self Build Programme.

As well as sites owned by local authorities, some land is owned by Transport for London. The site also includes resources for small builders, including links to development finance.