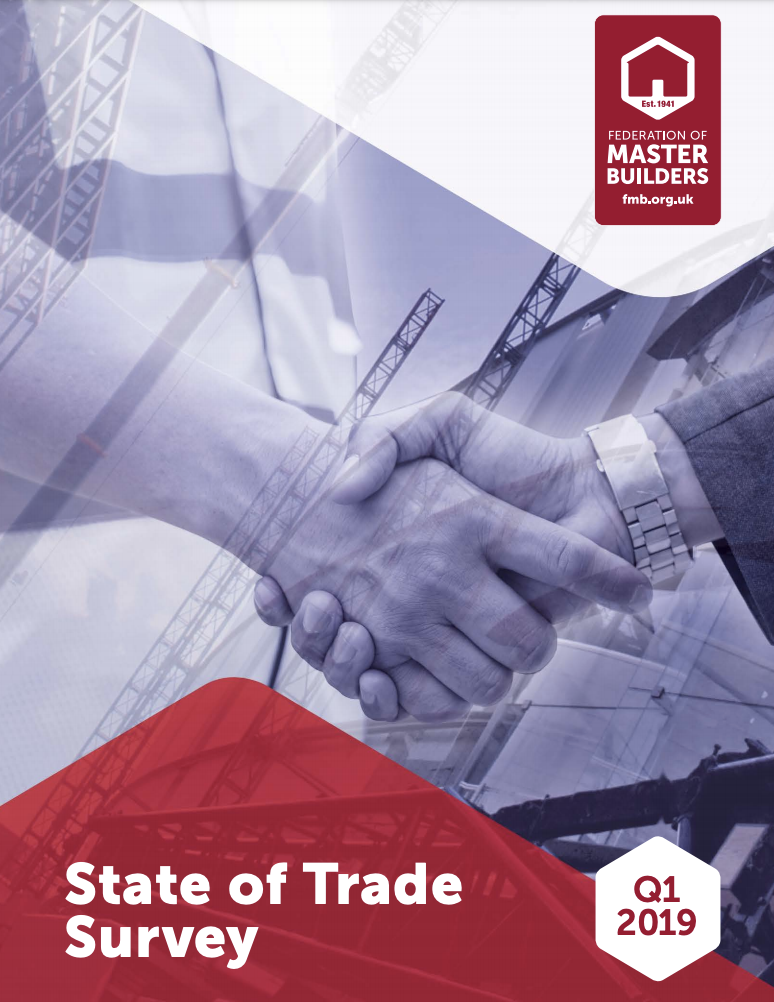 Research by the Federation of Master Builders has pointed to a dip in the workload for small and medium-sized(SME) construction firms for the first time in six years. The FMB’s State of Trade Survey for Q1 2019 has found that SME firms have now moved into negative movement in terms of construction, following a years of uncertainty around Brexit, with materials rising in cost and a skill shortage continuing to take its toll.

The key results are as follows:

Brian Berry, Chief Executive of the FMB, said: “This dip follows three years of political uncertainty, which have taken their toll on the SME construction sector. A perfect storm of diminished consumer confidence, rising material prices and increases in wages and salaries has resulted in the construction SME sector detracting for the first time in six years.

“These results are also very much in line with recent stats from the ONS and PMI data, all of which point to a wobble in the construction industry. Consumers and businesses alike are understandably putting off large investment decisions while the never-ending Brexit negotiations rumble on.

“Worse still, our latest research reveals record-breaking results for expected material price rises with almost 90 per cent of firms predicting that they will increase further in the coming months. This is bad news for builders and consumers alike as construction projects, large and small, become more expensive to deliver.”To support the industry and stimulate growth, the FMB is campaigning for the Government to cut the VAT on home improvement work. This would see a reduction in VAT from 20 per cent to 5 per cent on all housing repair, maintenance and improvement (RM&I) work. The FMB believes that reducing VAT on RM&I work could boost the UK economy by more than £15bn over a five-year period, which is supported by independent research by Experian.

Berry concluded: “The Government must do what it can to boost the economy during this time of political uncertainty and that’s why we’re calling for a reduction in VAT. Such a VAT reduction has the backing of more than 60 charities, trade associations, business groups and financial firms as there is no other policy that would achieve so many of the Government’s economic, environmental and social aims with so little cost to the public purse. At a time of continued political uncertainty and a dip in construction output, a VAT reduction for RM&I is exactly what the UK economy is crying out for.” 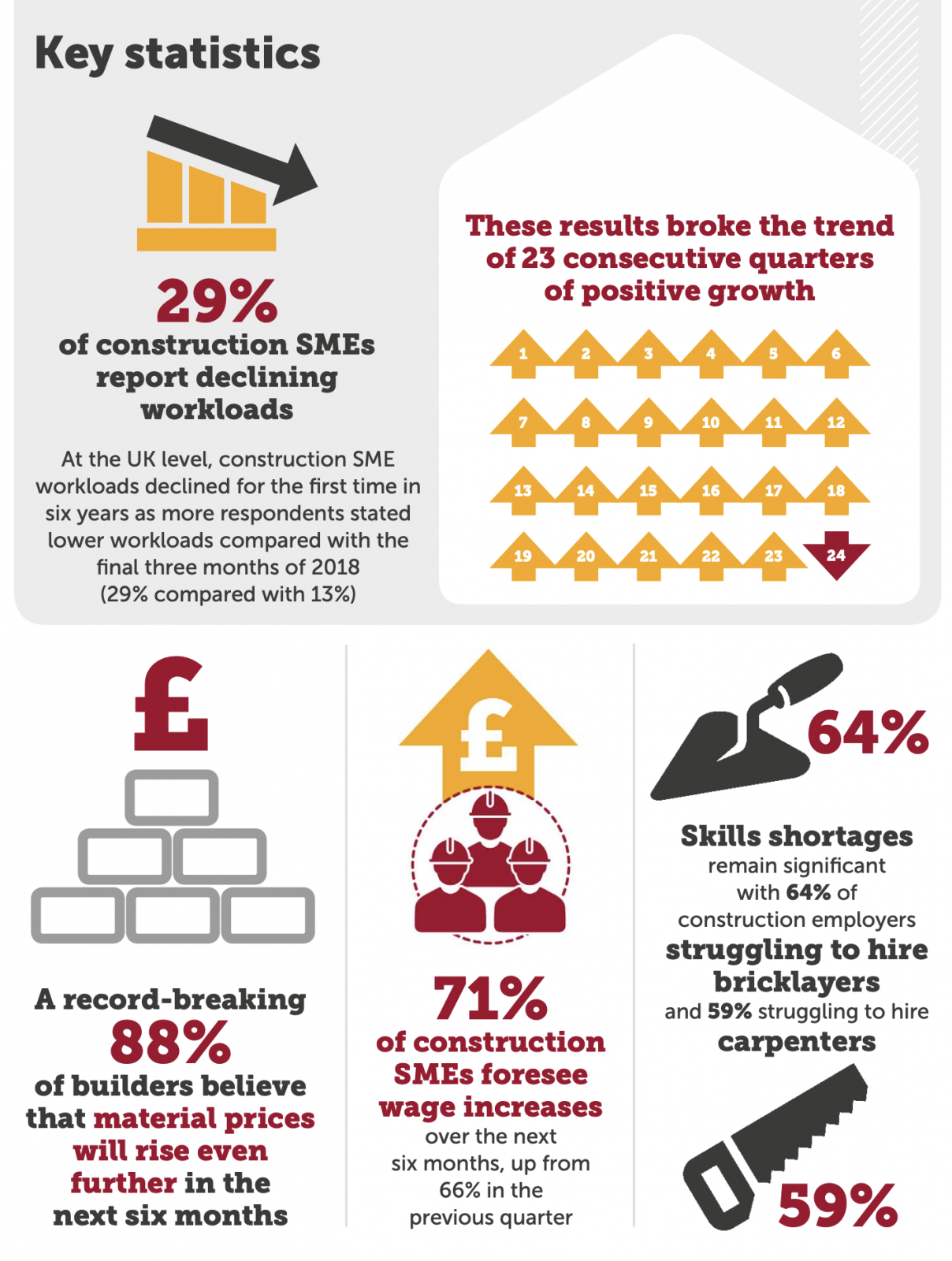 How Experian compiled the FMB’s State of Trade Survey

The report was compiled by Experian in Q1 2019 from 289 construction SMEs that responded to the survey. The results reflect balances – ie the number of firms reporting a rise in workload against the number of firms showing no change or a fall, giving a qualitative, as opposed to quantitative, overview.