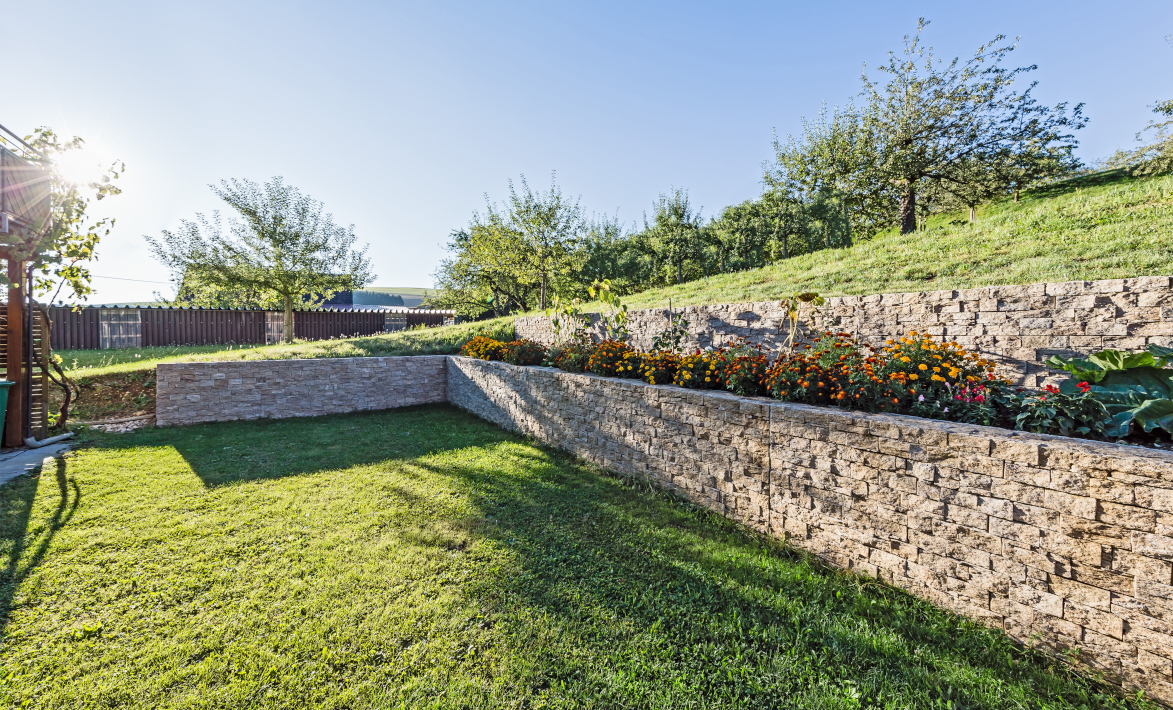 Basement specialist and NaCSBA member Glatthaar Keller has launched a new landscaping product for homeowners. Drawing on its expertise in prefabricated concrete, Glatthaar has combined it with a facing of natural stone or concrete finishes to create Starwalls.

The walls are a prefabricated retaining walls supplied with either concrete or natural stone finishes in situ, offering landscaping solutions that are especially useful for sloping sites that require retaining walls. As many self builds are constructed on unusual plots, such as those with slopes, which a speculative builder may avoid, a prefabricated solution is a welcome addition to the market.

NaCSBA’s recent report on the industry showed that over half of all self builders chose Modern Methods of Construction (MMC) for their build, and this new landscaping solution is also an example of how MMC can speed up on-site work.

The slabs are precast, and finished with stone or stone look elements to create strong walls with the look of a hand-built stone wall, and come in a range of stone types and finishes, such as limestone, or various colours of granite. Their strength means they can be used for retaining walls, slope reinforcement and many free-standing options, such as boundaries, noice or wind blockers or privacy screens.

Starwall comes in a range of configurations for different applications

Prices are between £200-£250 per sq m for the prefabricated elements + £200 square meter for the groundworks and foundations. However, the prefabricated panels are created in Germany, so for the project to be economically viable the walls should be large enough to fully load the HGV.

The idea for the walls originated within the infrastructure division, which creates retaining walls for large-scale civil engineering projects, where they realised that they could replicate the process to create smaller scale prefabricated elements for self build and landscaping projects.

A typical project involves excavating the site and creating the footings, like with a slab foundation. The prefabricated elements are created in the factory where the stone finish is applied along with pointing, prior to the elements being delivered and erected to site, ready for backfill.

Visit Glatthaar’s website for its range of pre-cast concrete basement products, including its Baby Basements – ideal for plant rooms.