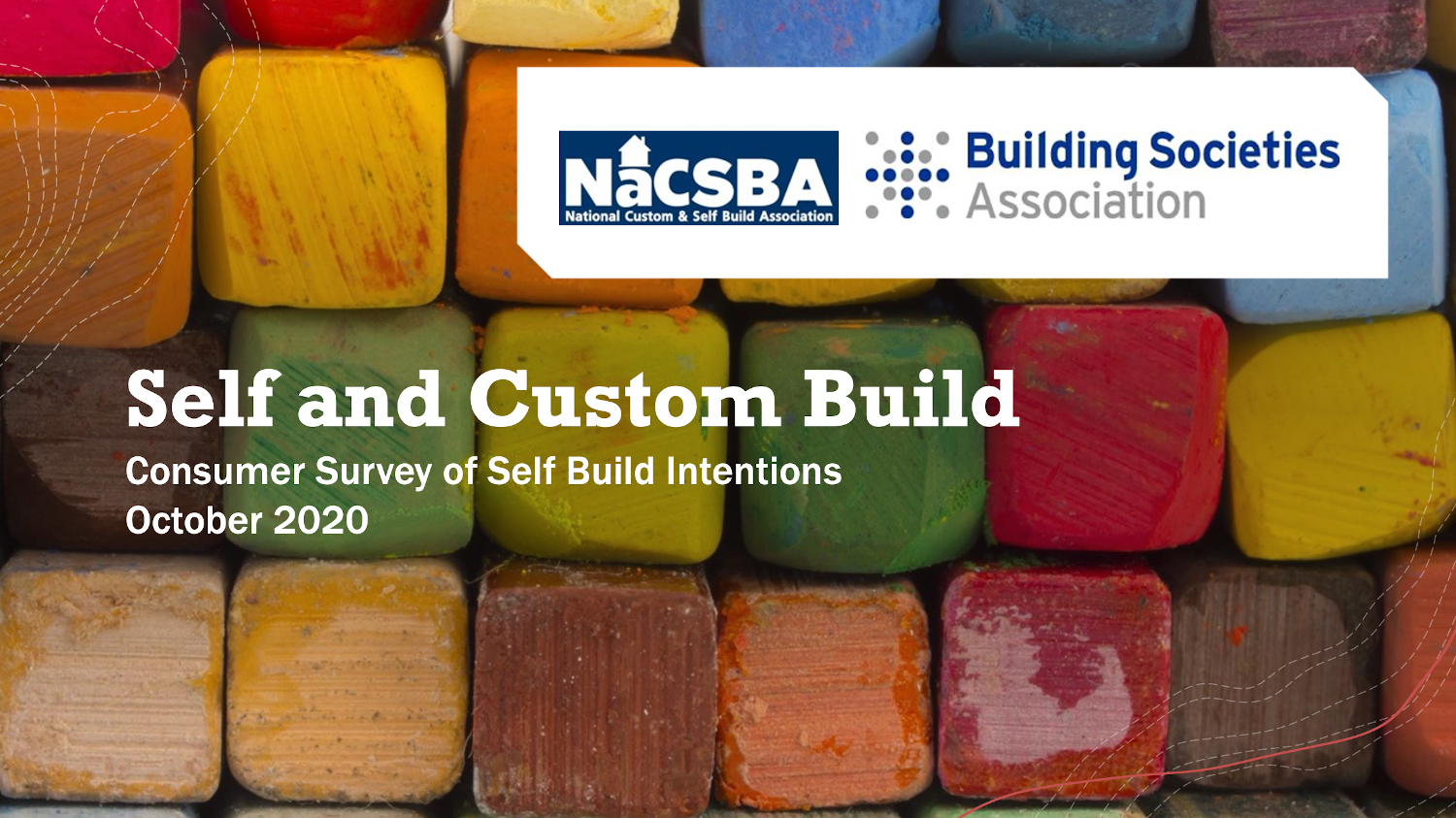 New research into the aspirations of those that want to self build has revealed that 1 in 3 adults in Great Britain are interested in self building at some point in the future.

Released to mark Right to Build Day on 30 October, the research reflects the appetite of the public for a home in which they have had a role in designing and commissioning.

NaCSBA and the Building Societies Association (BSA), who commissioned the research, wanted to get a fresh perspective of  self build intentions and the effect of COVID-19 on people’s feelings about their home.

In terms of people’s aspirations to self build, the data found that:

In response to COVID-19 and the way we see our homes, the data showed that:

NaCSBA and the BSA welcome the news that it is the youngest generation of 18-24 who are most interested in self building (48%), as they represent a new market. However, there is a disconnect, as it is the younger generations who tend to have the least amount of savings and less earning potential due to their age.

To help meet the deposit gap, the 2019 Conservative party manifesto promised that the Help to Buy scheme would be extended to the sector, which NaCSBA continues to push for.

Having a smaller environmental impact was also a key factor behind the ambition to self build, with a third (33%) of people identifying it as a core benefit of building a home. Almost 9 in 10 (89%) of people said it was important that their newly built home was energy efficient, when asked to envision building their own home.

Housing diversification is a core part of the Government’s wider housing strategy, as England has the lowest known rate of self-commissioned homes in the world. The Right to Build legislation requires councils to grant sufficient planning permissions to match the demand evidenced on their registers.

However, despite legislation in 2015 and 2016, the survey found that 83% of people had never heard of the registers held by local authorities of people who would like to build their own home. NaCSBA urges all those looking to self-build to sign up to their local Right to Build register via www.righttobuildportal.org.

THE PANDEMIC AND OUR HOMES

It is no surprise that the COVID-19 crisis has affected people’s perceptions of what they want out of their home, with the need for a home office being important for 39% of people.

Further to this, the lockdown inspired almost 1 in 3 British adults to consider making home improvements as they re-evaluated their living space (31%), while 1 in 20 (5%) considered going on to design and build their own home as a response to the crisis. Clear evidence that the pandemic has made many of us reassess what we want out of a home.

Andrew Baddeley-Chappell, NaCSBA’s CEO said, “The current lack of choice in our new homes market makes it different from every other country and every other consumer market. Only when there is diversity of choice will we get the diversity of homes that we want and need.”

Paul Broadhead, Head of Mortgages and Housing at the BSA said, “It’s great to see that there are so many aspiring self and customs builders, particularly among the youngest generation (18-24yrs). Increased levels of home working this year have led many to realise the importance of future proofing their homes to suit their individual needs.

“Mutual lenders are leading the way to help these self-build dreams become a reality, with 21 building societies currently lending to people building their own homes, they are the clear choice for many and are leaders in this space.”

For a full breakdown of the research download the powerpoint of findings.

Start your self build journey by signing your local self build register – find yours at www.righttobuildportal.org

NaCSBA and the BSA commissioned YouGov to conduct the survey. Data is based on total sample size of 2017 adults, with the survey carried out online on 9th-11th October 2020. Figures are weighted and representative of all GB adults (aged 18+).