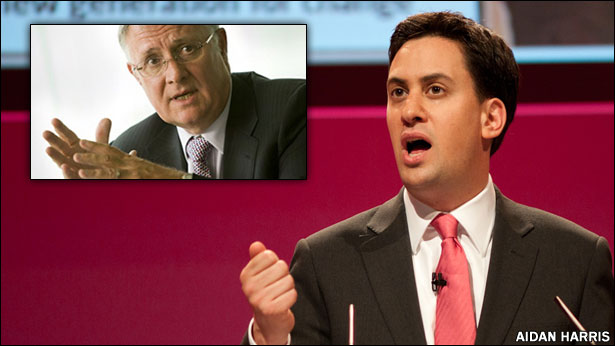 Labour Party Leader Ed Miliband yesterday launched an independent Housing Commission led by Sir Michael Lyons (the former Chairman of the BBC); and the Party has tasked him with drawing up a plan for increasing the supply of new homes in England to more than 200,000 a year by the end of the next parliament. New ideas for significantly increasing the number of self build homes are expected to be high on Sir Michael’s agenda.

The Labour Party is understood to be impressed with the high levels of self building achieved in other European countries, and wants to see output in the UK grow to match. In the year to September 125,000 new homes were built in the UK; in France the figure was 342,000 homes – and around 170,000 of these were delivered by individual self builders.

In addition to focusing on what can be done to encourage more self build Miliband (pictured, above right) said that he wanted to remove the barriers to housing growth. “I want to tackle those councils that block homes, and those developers that hoard land. We will stand up for home builders and first time buyers,” he said.

Miliband is also keen to see more Garden Cities, urban extensions or new towns, and he committed the next Labour government to backing local authorities that want to build new homes.  He announced that four Labour-controlled councils – Stevenage, Oxford, Luton and York – have already signed up to become the first ‘Right to Grow’ local authorities.

“Of course it is right that local communities have a say about where housing goes. But councils cannot be allowed to frustrate continually the efforts of others councils to get homes built. So the next Labour government will unblock this planning process and unlock the potential to build tens of thousands of new homes where they are needed,” he said.

According to press reports the new Housing Commission will look at how councils can play a bigger role in acquiring land for new housing, and in particular how a portion of this land might be made available to self builders.

Other members of the Commission include:

Sir Michael (pictured, inset) is expected to take six to 12 months to prepare his final report, and the National Self Build Association says it will forward a detailed submission to him when the Commission gets properly underway early in 2014.