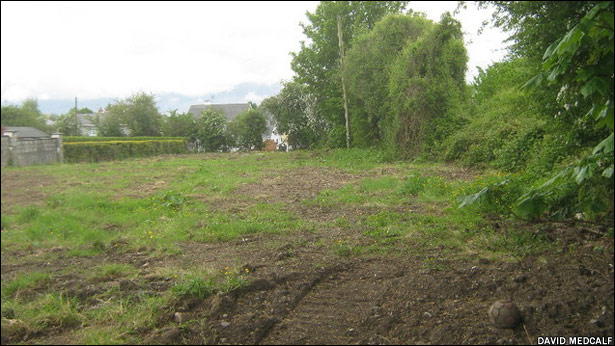 Average prices of building plots across the UK have dropped by 17 per cent over the last three years, according to the latest figures released by Buildstore and Plotsearch.

The picture across the four home nations is very different, however, with Northern Ireland and England recording much bigger price falls (-35% and – 16%), while land prices in Scotland and Wales have remained relatively stable (-3% and -2%).

An average English building plot now works out at around £212,000. Prices in Scotland are the cheapest – an average of around £104,000. In Wales sites now typically cost £114,000, and in Northern Ireland Buildstore estimates the average is £122,000. This figure is higher than the value many local estate agents quote for Northern Ireland, where they suggest a figure of around £50,000 is the norm.

The trends are calculated by looking at more than 8,000 plots that are advertised on the Plotsearch site at any one time. They record the advertised price, not the actual price the plots were sold for – which is often, in these tight times, significantly less.

Some regions of England have been affected by the slump in land values much than in others. Price drops of nearly 40% have been recorded in Greater London – down from an average of£505,000 a site in 2008,around £308,000 now. There has been a 22 per cent drop in the East of England, and a similar decline in plot prices in the North East. Yorkshire is the only region to have seen a price increase – there a typical plot is now advertised at just over £152,000; in 2008 plots were marketed at an average of £151,000.

The Western Isles is the place to head for if you have a modest budget. Plots here are readily available at typically £30,000 each.

The current average price per plot for each of the Welsh, Scottish and English counties is listed below. But please note that the sample sizes are quite small for some of these, so the figures can be distorted if there have been a few especially expensive, or cheap sites listed. 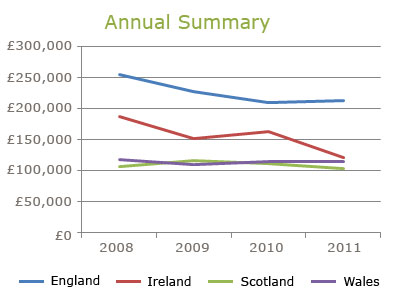