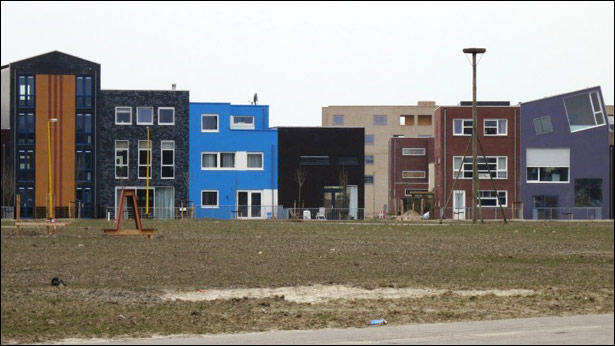 An influential group of MPs has called for a massive expansion of self-build housing in the UK, and has recommended that a new fund be established to help local authorities initiate a number of innovative large scale self-build communities.

In the report published today, the Communities and Local Government Select Committee gave its full support to self-build as a key means of addressing the housing shortfall in the UK.

The report, which examines the financing of new housing supply, recommends four key areas for action, which, taken together, could go a long way to improving the current lack of available housing stock. The Select Committee specifically calls for more ‘new and innovative models’ of large scale self-build, and it cites the Committee’s recent visit to the city of Almere in the Netherlands, home to Europe’s largest self-build project, as proof of the successes that can be achieved in the area of custom build. Since the project’s inception, 800 self-build homes had been built on publicly-owned land reclaimed from the sea. The MPs said and they felt that projects like Almere highlighted the ‘huge untapped potential’ there was for innovative new self-build projects in the UK.

Chair of CLG Committee, MP Clive Betts said: “Self-build schemes could be a major new source of housing in England, but it will take substantial institutional change to realise this potential. Government, local authorities and lenders must work together to remove the barriers that currently restrict self-build and commit to getting pilot schemes underway very quickly.”

In its conclusions, the Committee said it shared the Government’s enthusiasm for self and custom build development, because it “enables homes to be built a lower cost and brings economic benefits to an area by creating opportunities for smaller builders and other local businesses. It already delivers significant numbers of new homes in England but does not come close to fulfilling its potential.”

The Committee said they were impressed by the large scale project underway in Almere (pictured above): “A similar, high-profile scheme in England could help to kick-start a new enthusiasm for self-build across the country. There are clearly a number of barriers, including land supply, the availability of mortgage finance, and planning constraints. We welcome the steps the Government has taken so far to address some of these issues. However, it will need to take further action if it is to succeed in its aim of doubling the self-build marketplace in the next ten years.”

The Committee said the Government should work with mortgage lenders to identify and overcome the barriers to lending to self-builders.

It also recommended that the Government establish a fund to incentivise local authorities to support pilot ‘volume self-build’ schemes by allocating sites and taking a flexible approach to planning (whilst ensuring continued compliance with energy and safety regulations). “We see no reason why the first pilots could not be up and running in two years’ time,” they said.

NaSBA chairman, Ted Stevens, who presented evidence to the Committee, said: “This is a tremendously significant report for the self-build industry as a whole. We are delighted that we are getting all-party support for the growth in the self-build sector. We also warmly welcome their recommendation that a new fund be established to help local authorities initiate some pilot large scale self-build communities in the UK. I’m convinced that a few really good UK examples will have a major impact, and I know there are several local authorities that are keen on the idea, and who want to be at the vanguard of the self-build revolution”.